Over the years, the Estonian Financial Supervision Authority (EFSA, https://www.fi.ee/) issued warnings about companies launching Initial Coin Offerings and other digital assets services. The administrative chamber of the Estonian Supreme Court ruled in January 2021 that it did not have a legal basis to do so.

As of 2017 several Estonian crypto companies carried out fundraising campaigns in the form of an Initial Coin Offering. The EFSA had initially issued statements indicating that these crypto companies did not hold any (financial or banking) licences in Estonia and did not register any public offer prospectus for their token offerings. Although the EFSA’s stated objective was simply to alert consumers that some projects were conducting unregulated activities, this formulation could give the impression that the involved activities were inherently problematic.

For instance, the Polybius Foundation raised $32 million via an Initial Coin Offering with 26'000 investors in June 2017. The company located in Tallin (Estonia) and Brussels (Belgium) aimed to offer various financial services regarding digital assets. On 6th June 2017, the EFSA issued a statement indicating that "Polybius Foundation did not hold any licence issued by Finantsinspektsioon, including for the provision of investment services, banking services, e-money services or payment services and therefore Polybius Foundation OÜ was not authorised to provide investment, banking or payment services in Estonia, and that the Polybius has not registered any public offer prospectus regarding the token offering carried out through web page http://www.polybius.io/."

Several similar statements were issued. In particular, on 4th March 2019, the EFSA published another warning regarding Nexo Services OÜ, Nexo Capital Inc. and Credissimo EAD. These companies challenged the statement in court over the argument that the EFSA did not have legal authority.

The Court considers that such a statement is an administrative decision. "As the act infringes the rights of the applicants by affecting their reputation, the act must have a legal basis. The notice did not refer to any legal basis. However, it must be examined whether the current law allowed the publication of the alert." The court examines thoroughly applicable law and considers that while the EFSA might publish similar warnings to protect the functioning and stability of financial markets, those companies did not fall within the scope of any existing legislation.

As a consequence, the EFSA removed all those warnings from its website. In a statement [EN] in English, the authority explains that they aim to resolve the situation by legislation. 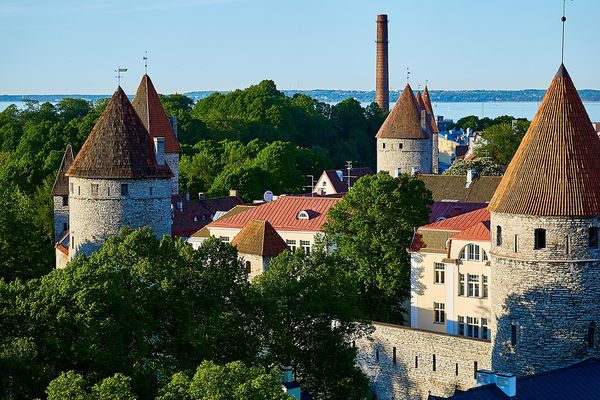 One of the best places to start and run business, both within the EU and worldwide,212 Estonia, with its innovation oriented regulatory environment, has without surprise been an attractive destination for blockchain-based

Legalico
—
EFSA and the Estonian Supreme Court
Share this