Nishant is based in the Yangon office and has more than thirteen years of experience practicing law in India and Myanmar. With a grounding in banking and finance, his other areas of expertise include; telecommunications, aviation, power, oil & gas, real estate, general corporate, and competition law, and he has advised on some of the largest and most challenging transactions and investments in Myanmar. In addition to transactional advisory work, Nishant has considerable dispute resolution experience in India. A regular speaker at various international and Myanmar conferences and seminars, Nishant holds a Master of Laws (LL.M.) in business and finance law from the George Washington University Law School, Washington DC. Nishant has also authored numerous articles and papers published in various journals such as the IBA, Asia-MENA, Lexis Nexis and IFLR. He speaks English, Hindi and Urdu.

Rohan is a Legal Adviser based at the Yangon office. He works extensively in the domain of Banking & Finance, International Investment, Energy Mining and Infrastructure, along with Corporate Advisory. He holds a Bachelor of Business Administration and Law, with a specialization in Corporate Law from KIIT University, Bhubaneswar (Odisha) India. He has received numerous awards for academic achievements and excellence in moot court competitions. He is fluent in English, Bangla, and Hindi.

The fintech boom is real and has a significant outreach in most of the ASEAN (Association of Southeast Asian Nations) region with comprehensive legal and regulatory changes being made to accommodate the needs of the hour. Cryptocurrency, being one of the latest tools of the fintech industry has also seen a rapid expansion with coins such as BitCoin, Ethereum and Ripple holding a large share of the market. However, Myanmar does not have a legal framework which recognizes cryptocurrency presently. The Central Bank of Myanmar (“CBM”) has been a frontrunner in issuing statements warning the public of the risks of cryptocurrency and in May 2019 issued a notification (full statement in Burmese)  stating that it does not recognize cryptocurrency.

Recent Position of Myanmar With Respect to Cryptocurrency

The Foreign Exchange Management Law 2012 and the Financial Institutions Law 2016, which otherwise capture and define all forms of permissible currencies including e-money, fail to provide a suitable definition of cryptocurrency.

By virtue of the announcement, the CBM has stated that all transactions involving cryptocurrencies such as Bitcoin, Litecoin, Ethereum, Perfect Money (and currencies of a similar nature) would not be recognized as acceptable/permissible transactions from the perspective of Myanmar law.

The CBM further explained that any person who transacts in cryptocurrency would be breaching relevant regulations from the CBM, however, no penalties have been stipulated by the CBM for dealing in cryptocurrency. The CBM, as always, has also stated the general transaction risks associated with cryptocurrencies, being largely unregulated.

Cryptocurrencies generally have a wide entrance, but a very narrow exit route. With the unpredictable nature of the markets and associated market risks, exits can be barred be barred due to technological constraints, currency inconvertibility and few counterparties with whom to trade. While there remains no correlated assets backing cryptocurrencies, dealing with cryptocurrencies in terms risk aversion is minimal. The intangible and illiquid nature of cryptocurrencies (combined with the point above about narrow exits) hampers their security and insurability. The immature and inexperienced investor can become easy prey to cyber extortion, market manipulation, fraud and other risks. Human error (technical) and technological glitches also stand in the way. With the unregulated investments in cryptocurrency [without acute and effective Know Your Customer Checks (“KYC”)], money laundering becomes another very significant issue triggering questions on Anti-Money Laundering (which ASEAN nations are particularly worried about) and increased risks of terrorist financing and corruption.

Myanmar’s position in light of cryptocurrency has finally been clarified by the CBM in so far as it has been declared as unrecognized currency. With societal (and educational) issues plaguing Myanmar where a significant mass of the population stands largely uneducated (especially when it comes to technology), the proliferation of cryptocurrency may not be the best option in Myanmar as of now. Additionally, Myanmar also suffers from significant technical errors and does not always seem to have a robust internet sphere, making it further prone to cyber threats and other ensuing fraudulent risks.

In light of the growing fintech industry and the need for Myanmar to have in place regulations which support and facilitate fintech (and cryptocurrencies), the CBM (along with the aid of the Myanmar government) should (on a phase-wise basis) start developing the fintech framework. Adequate technical and internet measures should be taken in order to have sufficient know-how in place to facilitate cryptocurrencies. Thereafter, the CBM should issue comprehensive regulations and guidelines on cryptocurrencies (though we believe it would take a considerable period of time owing to the societal and political framework at present). Public know-how and awareness programs need to also be conducted on a large scale for effective facilitation and risk aversion for dealers of cryptocurrency.

The above stated steps will reduce the considerably visible legal issues surrounding the fintech sector (especially on cryptocurrencies) and make cryptocurrencies both an acceptable and potentially profit-making medium. This would also project the developing economy of Myanmar on the international front as a country conducive to systematic fintech improvements. 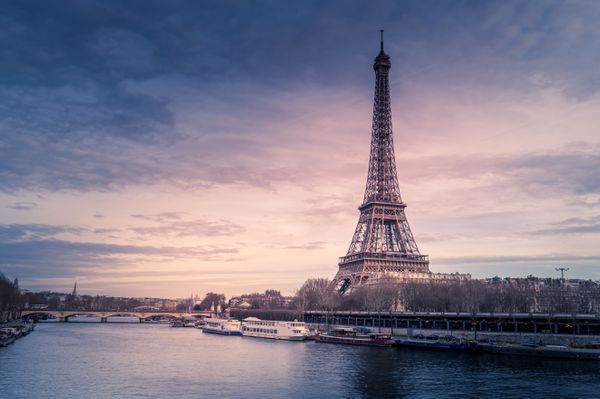 In addition to the optional visa available to all issuers of Initial Coin Offerings, the French Pacte Law establishes a regulated status as a Digital Assets Service Provider or 'DASP'.

Legalico
—
Cryptocurrencies in Myanmar: A Risky Affair With No Immediate Potential Going Forward
Share this